The West Bengal government has asked the Hindustan Motors management to submit a detailed revival package for its closed Uttarpara plant. 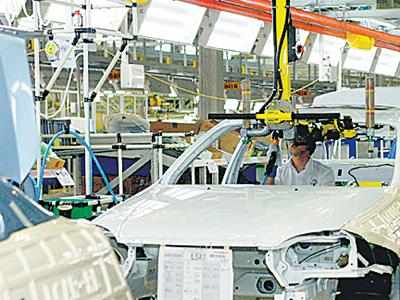 KOLKATA: The West Bengal government has asked the Hindustan Motors management to submit a detailed revival package for its closed Uttarpara plant in the next two days.

"The management has been told to submit a revival package by June 19 and also how the company plans to clear the dues of workers," Labour Secretary Amol Roy Chowdhury told reporters after a tripartite meeting called by him.

The management side was represented by its CEO Moloy Chowdhury and a senior executive of the company.

All the six registered trade unions of the plant were also present at the tripartite.

About 2,400 workers have not been paid wages for the past six months, except for an advance of Rs 7,000 paid shortly after work was suspended on May 24 at the Uttarpara plant.

Later in a statement, Hindustan Motors said at the tripartite meeting held today it apprised the gathered representatives of the various concrete steps that have been initiated given the existing set of circumstances which have made the present operational structure at Uttarpara unviable to resume operations.

The company is committed to pay off all back wages as soon as it has the funds from the sale of assets detailed earlier, it added.

The existing situation continues to be stark with demand for the product being very low compared to the fixed expenses at the Uttarpara plant, Hindustan Motors said.

The restructuring exercise is a necessary step to evaluate all options and address challenges that include the drop in sales of Ambassador and the constraints to restructure the organisation commensurate with this drop in sales, it added.
ADVERTISEMENT

The company has requested for a suitable time frame within which it can restructure the organisation and significantly reduce its liabilities before deciding on next steps and till such time will continue to be engaged with the State Government in an effort to restructure the organisation, it said.
Start a SIP with as low as ₹500 with ET Money App!
Download
The Economic Times News App for Quarterly Results, Latest News in ITR, Business, Share Market, Live Sensex News & More.