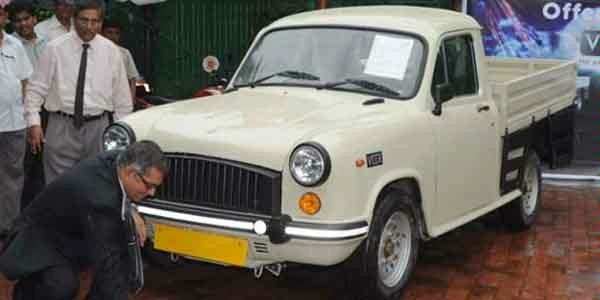 Kolkata: Is it the sound of death knell for the Hindustan Motors (HM) or the beginning of a new era for ailing automobile icon? Well, a day after the voluntary retirement scheme (VRS) was offered to the remaining workforce at HM’s Uttarpara plant, there are two speculations doing the rounds.

One, there is a talk of a Chinese takeover of the HM’s Uttarpara plant and the other is that it can be used for manufacturing some defence products. However, the HM management feels that the future of Uttarpara plant as well as the company depends on the success of VRS declared on Sunday evening.

“We have just launched the VRS Scheme. The scheme is applicable till November 20 and we will come to know how the employees have responded. As you know, we are taking this one step at a time. Once we know how the company will look like after the VRS, we will decide on the next steps. We are working with shareholders, the government and the unions on these decisions,” said the HM management in a reply to an e-mail sent by TOI.

The management declared a one-time payment of Rs 1 lakh apart from PF and gratuity on Sunday.

A source close to the development said the probable partners for the truncated HM want to get the slate clean with no employee backlog. HM has already divested the Chennai car plant into a separate entity called Hindustan Motors Finance Corporation (HMFCL). “Most of the partners do not want to carry the liability of old workforce,” the source added. HM’s Uttarpara plant has 2,300 workers.

In the final days of the Uttarpara plant, the 2,300-odd workers were manufacturing five cars a day. According to experts, it is an unsustainable proposition by any standard as other Indian auto plants make at least 160 cars a day. Maruti Suzuki, which snatched the status of India’s leading carmaker from HM in the 1980s, manufactures 5,000 vehicles daily.
ADVERTISEMENT

With Amby sales declining rapidly from a high of 24,000 units a year in the mid-1980s to under 12,000 a decade later and less than 6,000 in the mid-2000s, the HM management struggled to position the car. Thus, HM has already gone to Board for Industrial and Financial Reconstruction (BIFR). The next hearing for BIFR is slotted for February 25.

Elaborating the status of HM, the company management said the company has already been registered with BIFR. “The first hearing of all stakeholders was held on September 15, 2014 where in all concerned have been instructed to file objections if any within four weeks and next hearing scheduled on February 25, 2015.

No objections have been filed within stipulated period for the company to have been referred to BIFR. ICICI has taken a stake as a part of the corporate debt restructuring that we went through earlier this year. Our consortium of lenders has taken part in this restructuring exercise,” the company added.