Ad world prepares to laugh at its follies and move on

By ET Bureau | Dec 25, 2013, 03:48 AM IST
Never mind the black shirts at award shows. We’d like to think our ad folk are not a superstitious lot. Yet as 2013 draws to a close, we’d wager it is leaving a lot of people triskaidekaphobic . Besides being quite the tongue twister, triskaidekaphobia refers to the morbid fear of the number 13. And ‘13 has been a really scary year for large parts of the Indian ad business.

Top on the scare list was the time JWT’s campaign for Ford Figo became a global sensation. Apparently created exclusively for awards, and uploaded in an unauthorised manner to the popular adsoftheworld blog, it did everything that an award winning piece of work is supposed to do. It g 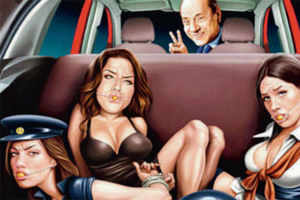 ot shared widely. It provoked discussion on a baffling range of themes.
From sexism in advertising, to the treatment of women in the country, to the role of senior creative staff, to the deteriorating bilateral relations between India and Italy.

Except it didn't win a single award. Instead, it revealed the fine line dividing the stuff of advertising dreams from its worst nightmares. What started as a trickle of negative comments on adsoftheworld snowballed into worldwide condemnation at the sexist and politically incorrect campaign.

Alan Mulally, Ford’s global CEO went on record to say he was “really disappointed”. Heads rolled as both JWT and Ford got into damage control mode.

A few from the Ford side and at JWT the creator of the ad Vijay Simha, and chief creative officer Bobby Pawar. But were these the heads that deserved to roll? The industry was split over whether the sacking was an overreaction or its exact opposite.

ADVERTISEMENT
Pawar landed on his feet bagging an assignment as creative chief for Publicis. Whoever coined ‘Just What You Unexpected’ for Goafest ought to be given a special trophy for clairvoyance at the awards next year. The tagline turned into grim prophecy, as the ‘unexpected’ piled up thick and fast. Jury chairman on digital Raj Kurup of Creativeland Asia stormed out midway through the judging process, citing a proliferation of scam entries.

His agency pulled out of the awards too. Ogilvy, the biggest supporters of the Abby for years didn’t participate either, opting instead for an in hous 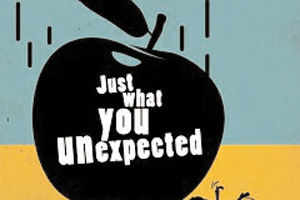 e award named the Envies, conducted last week.
We are not sure if there was any gloating or self-congratulation at the agencies that stayed away this year, but we wouldn’t be surprised at all if there was.

An anonymous crusader unleashed an all-out war against several winning entries, outing them as rip offs of pre-existing work. A hastily convened super jury rushed a “not guilty” verdict.

Even more damaging, an award winning entry from Leo Burnett for Tata Salt was withdrawn by the marketer who claimed to have never approved the ad. Rumours are rife that the fallout of the controversy is still being felt in certain high profile departures from the agency. As for Goafest, it’s probably never been further away from its lofty ambitions of becoming “ India’s answer to Cannes.”
ADVERTISEMENT

The recently constituted Publicis Omnicom Group became the largest advertising behemoth in the business, dwarfing Sir Martin Sorrell’s WPP. While the Group is still getting its house in order, there is said to be a fair degree of tension between agencies that used to be bitter rivals who will now, as Sir Martin likes to put it, have to “kiss and punch.” 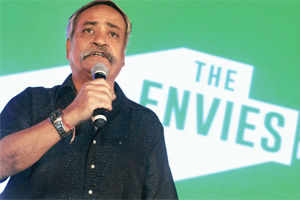 Saatchi & Saatchi’s Indian operations are set to be taken over by Law & Kenneth: a heartwarming story of triumph if you are in an independent agency and a terrifying cautionary tale if you are in an ailing multinational outpost.
ADVERTISEMENT

There’s no better time to bid adieu to a year that many would prefer to erase from their minds entirely. And there’s no better way to do it than have one final laugh at all its follies, and maybe even pick up a lesson or two while you are at it.

Here’s the issue of laughter and forgetting: best enjoyed with eggnog or any other handy beverage of your choice.
Download
The Economic Times Business News App for the Latest News in Business, Sensex, Stock Market Updates & More.
READ MORE
ADVERTISEMENT

Share this NewsWhatsappFacebookTwitterLinkedInemailSaveaPlus
Cancel
Business News › Magazines › Ad world prepares to laugh at its follies and move on
Text Size:AAA
Sign InSign Up